A Twist of Fate… A Battle of Wills…

Aestrid Karisson, a Viking princess who lives by her own rules; fiercely free and independent. When she escapes for an afternoon of adventure, she never suspected to forever alter her destiny.

Captured by a band of raiding Picts, Aestrid is in the midst of their ritual of blood and fire when the Picts are ransacked by Veleif Kollsvein and his fearsome warriors. Reputed as the most brutal barbarian across all of the North Seas, Aestrid unwittingly trades one abductor for another.

Journeying across this unforgiving landscape; it isn’t until they reach Veleif’s stronghold her true identity is discovered. Veleif refuses Aestrid’s pleas to be returned home and she is determined to torment him until he complies - thus begins a personal war with the dark and dangerous Viking prince. But when Veleif’s high council decides the two must marry, and quickly, to unite their kingdoms – Veleif combats her with a campaign of his own.

His Viking Bride is a standalone love story, filled with challenge, wit and passion… by two iron-willed characters who share more than their explosive traits… the ecstasy of all-consuming love. 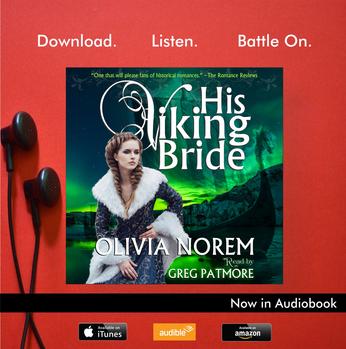